One of six regional colleges in the Houston Community College system, HCC Southwest offers an array of programs to meet the diverse needs of today’s students of all backgrounds and age groups. The college includes the West Loop campus, located near the Galleria area; the Brays Oaks campus serving the Brays Oaks community in southwest Houston; and the Stafford and Missouri City campuses serving the surrounding Fort Bend communities and beyond. HCC Stafford, the first permanent campus in HCC Southwest, opened in 1998.

The college is home to the HCC Digital and Information Technology Center of Excellence, which provides training and industry credentials in a broad range of disciplines in IT such as artificial intelligence, computer programming, cybersecurity, digital gaming and simulation, and other emerging technologies to meet an increased demand for a skilled workforce.

With more than 40 foreign countries represented in its student body, the college’s Intensive English and English as a Second Language courses help international students make a smooth transition to their studies.

Welcome from the College President 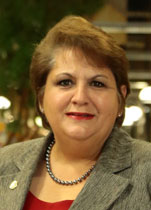 Whether you’re a new or returning student, I hope that you will explore all that HCC Southwest has to offer. We provide affordable, high-quality education that allows our students to advance and prepare for life and work in a competitive economy.

The college offers associate degree programs from which you can move on to a four-year university to pursue a bachelor’s degree or go right into a job. There are also certificate programs and short-term training that lead to in-demand jobs and rewarding careers. The college also offers free and reduced-cost learning opportunities for the community.

We offer a wide array of assistance to support you in every step of your academic journey – from scholarships and financial assistance to academic advising and apprenticeships through the college’s partnerships with industry. You can also explore cutting-edge technologies in our state-of-the-art facilities such as the Virtual Reality Lab and Innovation Lab. Also, you can enjoy student clubs and a range of athletic and recreational opportunities.

Take a moment to browse through what we have to offer here. Become an HCC Eagle today to soar to a tomorrow of your dreams!

In 1998, Houston Community College Southwest began its first day of classes at the Stafford campus, which has grown to encompass four learning facilities including the Learning Hub; the Workforce Building for education and training in smart manufacturing; the Scarcella Science and Technology Center, which is named after the late Stafford Mayor Leonard Scarcella; the Fine Arts Center that has a theater, recital hall and art and music studios. The campus offers courses in manufacturing; IT; construction trades; welding; business; and media, visual and performing arts.

In 1999, HCC opened the West Loop campus in a 200,000-square-foot building that formerly housed an Incredible Universe electronics store. Today, the campus is home to the Digital and Information Technology Center of Excellence focused on programs such as artificial intelligence, cybersecurity, coding, cloud computing, digital gaming and simulation, and digital communication. The campus also features a cutting-edge Virtual Reality Lab for instruction and industrial career training; Innovation Lab that highlights robotics; a Cisco networking lab; and a programming lab under construction in partnership with Apple Inc.

The Brays Oaks campus began as the college’s response to the community need for affordable workforce training. In a partnership with the City of Houston, HCC purchased the land to build the campus with a city Community Development Block Grant of $700,000. The $12 million campus opened in 2017. The 28,000-square-foot Brays Oaks campus includes six classrooms, three computer labs, a phlebotomy lab, an electrical technician training lab, as well as administrative and student support services offices. The campus offers health profession programs including phlebotomy, a Medical Business Office Professional program, and a Medical Assistant program under development. The campus also offers IT courses, an electrical technician program, and citizenship exam preparation.

HCC opened its first Missouri City location about two decades ago in a shopping center on Texas Parkway. As the community continued to grow, the campus reopened in Sienna Plantation in 2008, which included a 45,000-square-foot building and a partnership with the county to open a library adjacent to the campus. In 2017, a new Missouri City campus opened adjacent to Missouri City Hall. The 69,340-square-feet building offers prerequisite courses for health professions such as medical coding and Medical Business Office Professional. Also offered are courses in IT, business management, real estate, natural sciences, and social and behavioral sciences

Find a campus in your neighborhood.