Schedule to meet with an Advisor on Tuesdays (by appointment only)

We provide business counseling through our Entrepreneur in Residence and our strategic partners SCORE and Silver Fox Advisors. We can also schedule mentoring appointments with strategic partners such as Constant Contact (regarding eMarketing) and with funders such as Wallis State Bank, Amegy Bank and LiftFund to assist you in building relationships to seek funding to start or grow your business. We are here to help you succeed. Meet with a business counselor to develop your business plan, discuss a new idea or tackle a business problem.

To schedule an appointment:

Your Experience can Empower our Entrepreneurs

The Houston Community College Center for Entrepreneurship is preparing for the 12th annual HCC Business Plan Competition. We accept proposed, startup and existing companies who are entering to create refined and polished plans to start and/or grow their businesses.

Twenty-five entrepreneur teams will be accepted into the 2019 Competition. Each team (of 1 to 5 contestants) will move through the competition training and advising from late February through April. Each of the contestant teams will be matched with two expert Advisors. If you are selected as an Advisor, you will be matched to a team based on your preferences and the team’s business concept and needs.

Advisors are critical to the success of the Competition

The Role of the Advisor is to:

Give the Business Plan Contestants the advice and guidance you wish you had when you started or wanted to grow your business.

Join other experienced entrepreneurial, business and technology experts by applying to become an Advisor today. We will respond to your application shortly after you submit it with questions or acceptance into the Advisor cohort.

Advisors are a powerful and sustaining thread in the program; as an Advisor you will have an opportunity to help entrepreneurs of all ages who are entering the HCC Business Plan Competition to take expert advice and use it to become more successful. 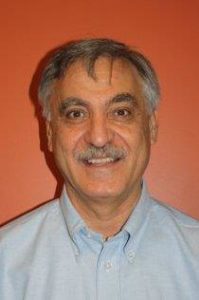 Dr. Mohammad Tehrani (“Mo”) started his first business in 1995 and has co-owned owned multiple businesses in real estate, pharmacy and security systems. Currently he is a partner with a public accountant firm in Houston, Texas and a co-owner of multiple businesses. He is also a full-time professor of accounting at Houston Community College.

He has co-owned and still co-owns and/or invests in multiple businesses in varying sectors:  real estate, pharmacy; security systems; and accounting. Currently he is a consulting partner with a public accounting firm in Houston, Texas.  He is also a full-time professor of accounting at Houston Community College.  Dr. Tehrani, started out in neurochemistry and has a BS in Biology/Geology, an M.Ph in Human Biology, a Ph.D in Neurochemistry.  When he and his brother ventured into business ownership, he also enrolled in the Accounting program at University of Houston and became a CPA in 1999.   Mo has volunteered with various organizations such as the BCM-Credit Union, where he served on the Board of Directors. He joined SCORE in July 2012 and has served as Chapter Treasurer and Education Assistant Director, in addition to his ongoing role providing counseling to small business owners and current role as Vice Chair of SCORE Houston.  He now serves as lead mentor at the HCC Alief Hayes Center for Entrepreneurship providing one-on-mentoring to aspiring and existing entrepreneurs.  Throughout his multi-faceted career, Dr. Tehrani has mentored numerous graduate students and taught courses in Biological Sciences, Financial and Managerial Accounting, Individual and Business Tax and Audit at undergraduate and graduate levels. He has published more than 60 articles, many of them in peer reviewed magazines.

David Regenbaum, is also: Entrepreneur-in-Residence for the Center for Entrepreneurship; Vice President of the HCC Foundation; and he is an instructor and mentor in the HCC Goldman Sachs 10,000 Small Businesses Program.

OBJECTIVE:  To share my 50 years’ experience in business to assist aspiring and existing entrepreneurs improve their business practices and objectives with a view to growing their business and increasing their profitability.

May, 2015 to Present:  Advisor, 2016-Chairman of Outreach Committee, Silver Fox Advisors, In 2015 Regenbaum was accepted as an Advisor by Silver Fox Advisors, an association of proven business leaders and entrepreneurs that advise, consult and mentor business owners, CEO Roundtables, and entrepreneurial programs. He currently serves as Chairman of the Outreach Committee

March, 1979 to December, 2010:  Chief Executive Officer, Association Management, Inc. (“AMI”), Houston, Texas.  During March, 1979 Regenbaum relocated to Houston, Texas and established Association Management, Inc. (AMI). Over the past 36 years AMI has achieved remarkable growth and prestige under his leadership, resulting in AMI becoming the leading community association management firm in Texas, managing over 300 communities consisting of over 100,000 homes and commercial Units. Many of his innovative management philosophies and practices have become industry standards.

Prior to his arrival in the U.S.A., David Regenbaum practiced as an attorney and was the founding partner of the highly successful law firm of Regenbaum, Rapeport, Fanaroff and Partners in Johannesburg, South Africa. In 1967 he was admitted to practice as a specialist in real estate law and focused on the developing law of community associations.

David and his wife of 50 years, Glenda, have lived in Houston since 1979 where they raised three daughters.  They are the proud grandparents of nine grandchildren.