The Houston MBDA Business Center (Minority Business Development Agency), operated by Houston Community College, has announced the creation of the 2020 Export Academy. The announcement was made at the “Exporting to Latin America” summit that took place February 7, 2020 at HCC West Loop Campus. Deputy Consul General of Mexico, Adolfo Garcia Estrada served as the event’s keynote speaker and gave insight into the important relationship between Mexico and the United States as it relates to economic development.

The Export Academy is an opportunity for new or existing companies to develop practical, hands-on training in exporting through modules presented over the course of six weeks. The deadline to apply is March 9, and the first class will be on March 27.

ABOUT HOUSTON MINORITY BUSINESS DEVELOPMENT AGENCY
The Houston MBDA Business Center (Minority Business Development Agency) has been operated by Houston Community College since 2013. Its staff has advised 270 minority-owned businesses and facilitated over $430 million in contracts, $490 million in financing, and helped create more than 1,100 jobs for minority-owned businesses. The HCC-MBDA agency has consistently earned an “outstanding” rating by the U.S. Department of Commerce. 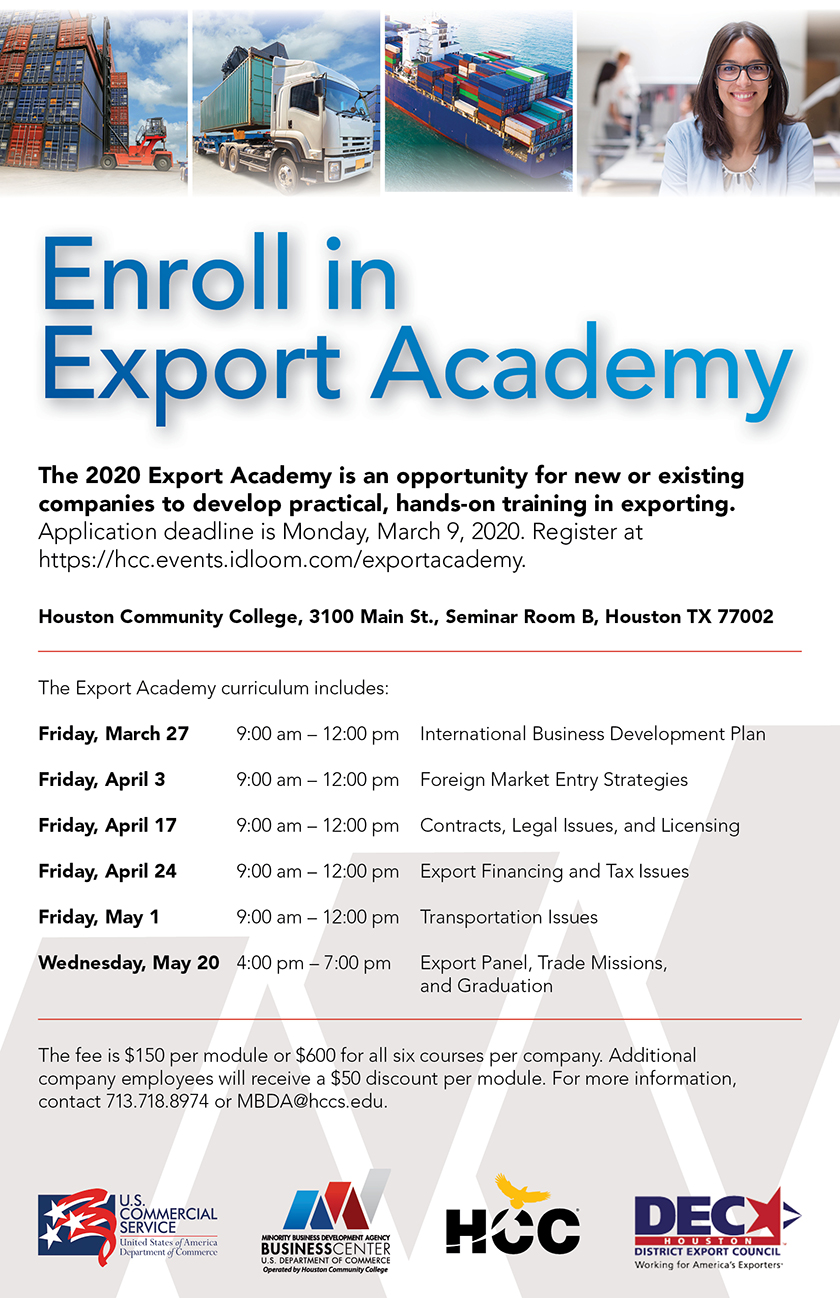