Female student club empowers women to excel in IT field

Female student club empowers women to excel in IT fields 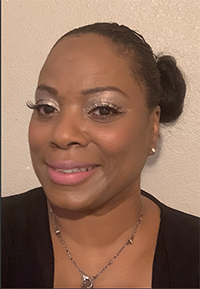 The professor teaching computer networking at HCC Southwest knows the challenges facing women seeking a career in IT. She has long tackled with the misconception of IT as a male field and the extra effort needed for women's competency as IT professionals to be reckoned with.

WIT is a new platform on which Johnson continues her push to prove women can excel in IT.

Relaunched a year ago, the club aims to increase the number of confident, skilled and successful women in IT, and to provide a network of support and access to resources and training for their personal and professional growth. It strives to close the gap of female participation in IT and to increase diversity in the industry through mentorship, networking and learning opportunities.

Few of these resources were available, however, during much of Johnson’s 37-year career in IT that has included jobs at the ConocoPhillips, Houston Police Department, Texas Children’s Hospital, Professional Builders Group, and South Texas College of Law, among others.

“Looking back, I wished there had been someone there to help me develop the mindset that I am okay and I can do it,” she said. “The number one thing is that you have the right to be at the table and not feel intimidated at the workplace. Even though I have a master’s degree and I’m Microsoft-certified, if I came up with a solution it was questioned. If a guy came up with a solution, it’s not questioned.”

Johnson holds a bachelor’s degree in Business Administration from the University of Houston and an MBA degree in Management from Rice University.

According to National Science Foundation, only 38 percent of women who majored in computer science are working in the field compared to 53 percent of men. Insufficient support and lack of opportunities create a barrier for women to build a clear path forward, Johnson said.

Under her leadership, the WIT Club has grown from five members to more than 50 today.

“It was me just recruiting, sending out warm, fuzzy emails and asking them to be a part and letting them know I’m going to do my best to groom their career planning,” Johnson said. “The goal is to recruit and retain females in IT, and for them to get their computer science degrees now.”

“I enjoy the comradery and the mentoring,” she said. “I offer them career planning and resume-building and they love that one-on-one time with me because I help them think their way through challenges. That’s what I like the most because I’ve been there.”